H. M. King Bhumibol Adulyadej put a modern twist on one of Buddhism’s most sacred texts, the Story of the Mahajanaka. The story, based on the Mahajanaka Jataka, recounts the exploits of King Mahajanaka, ruler of the kingdom of Mithila, in Thai prose. The narrative begins from the Buddha – incarnate protagonist of this tale, King Mahajanaka, who valiantly faces challenges and trouble of every kind – from sinking ships to bloody succession feuds – and survives them all through his remarkable perseverance. The point of Mahajanaka is that perseverance is necessary to gain Buddhahood. His Majesty wanted to retell the story in a way easily intelligible to modern readers.

Mr. Team Productions and Fuzion Far East Limited have had the privilege of taking part with this production from day one. Our client reached out to the government sector and proposed ideas on how to make this historical story come to live.

The “Mahajanaka the Phenomenon Live Show” was organized in honor of His Majesty King Bhumibol Adulyadej on the auspicious occasion of his 87th birthday anniversary on the 5th of December, 2014. The spectacular show took place between December 1-9th on the Lake of Benjakiti Park, Queen Sirikit National Convention Centre.

“The event, complete with world-class multimedia technology and state-of-the-art light and sound system, aim to educate and inspire the audience, Thai and foreigners alike, on the merits of Mahajanaka’s patience and perseverance that lead to his Dhamma enlightenment.” said by Thai Travel Blogs. This event got a lot of media attention ranging from big Thai local channels, newspapers, radio etc.

The show, which was free of charge, pulled approximately 10,000 people per night which goes to show that it was extensively popular and demanding. People all over the city wanted to attend the show. The government had to extend the show for 10 more days due to its vast popularity. Each show ran for 1 hour and 15 minutes (approx.)

Benjakiti Park, Queen Sirikit National Convention Centre is located in the heart of Bangkok. The whole play was produced from ground up on an actual lake.

The total size of the stage would be equivalent to a football pitch of about 265 meters long or a quarter of a kilometer. The event was an outdoor event. A choir of 20 people, 60 orchestras, 300 plus dancers and actors were brought on to help bring this play to live.

Below is the layout drawing of the entire lake and stage.

Fuzion Far East Limited, with the help of Mr. Team Productions, supplied the sound and lighting equipment’s. We used a total of six different brands to equip with the production of this show.

On the 6th of December, we ran a delayed broadcast via Channel 11 NBT (national broadcast company)

World class jazz musicians such as Larry Carlton, Winterplay, John Di Martino, Diane Schuur, John Pizzarelli, Count Basie Orchestra performed on the last day of the show where we had to bring up a completely new Front of House and Monitoring System that included two Digico SD 8’s and 24 NEXO PS 15’s for the band monitoring. On the rest of the days the show would start at 6pm but on the last day, with the jazz performance, the event started at 2pm in the afternoon. Once they were done performing, Mr. Team had to reset the sound system before the Mahajanaka show started. 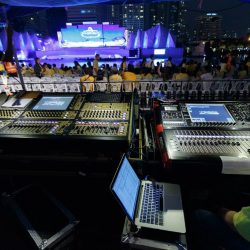 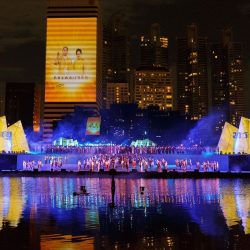 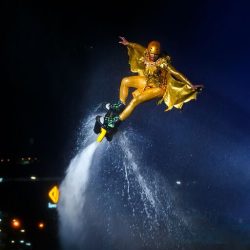 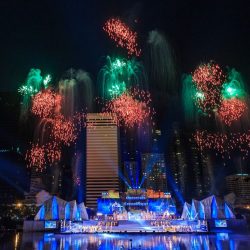 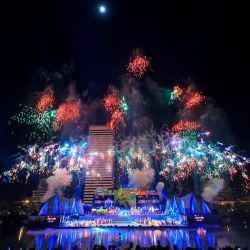 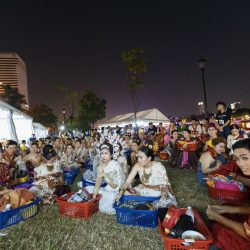 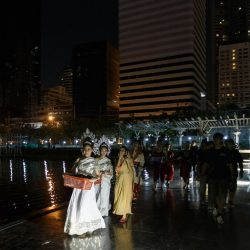 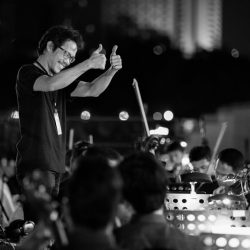 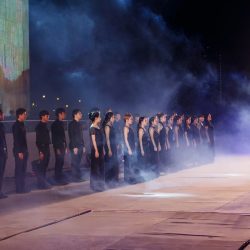 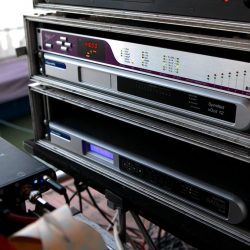 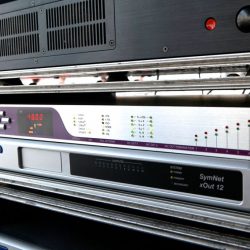 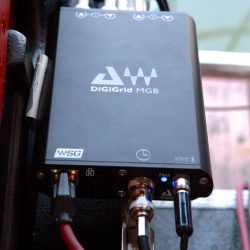 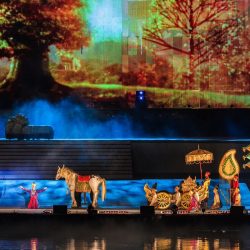 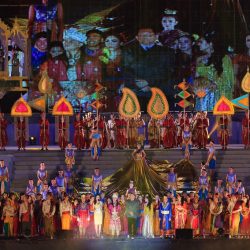 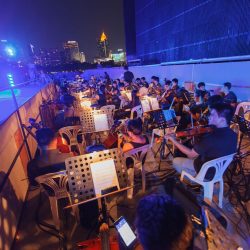 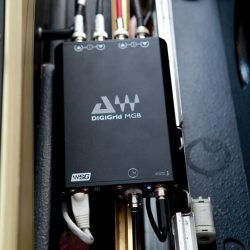 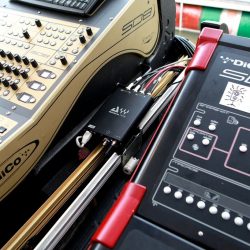 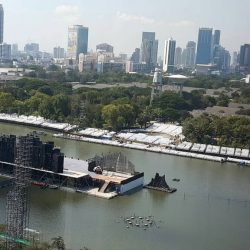 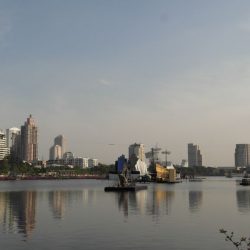 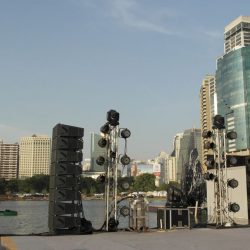 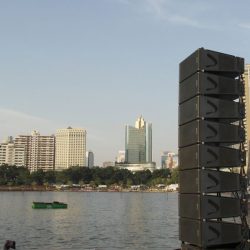 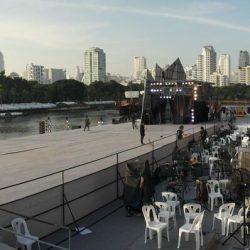 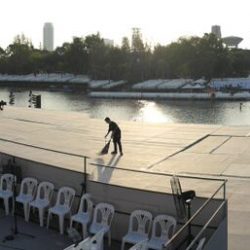 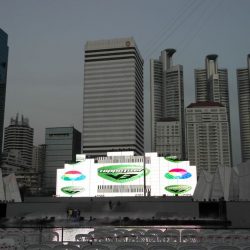 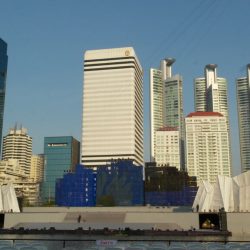 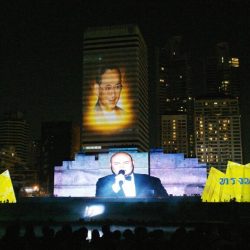 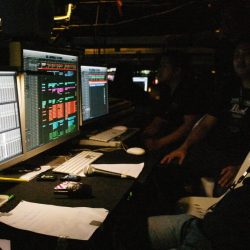 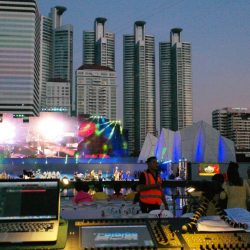