Knowing the venue from a previous install Ben Walters (Fuzion) had pretty good idea of what was causing these issues. Upon arrival to the site Ben and his team confirmed their suspicions. They measured the space to get an RT-60 (Reverb Time) the result was was over 3 seconds seconds in the 500Hz-1khz region – way to high for any venue unless you enjoy listening to Thursday night on a Weekend.

The high reverb time off the space would also contribute to the sound being thrown out of the balcony (much like a horn/wave guide on a loudspeaker). The placement of the speakers in such a space was not helping matters either firing straight at a mirrored back bar. 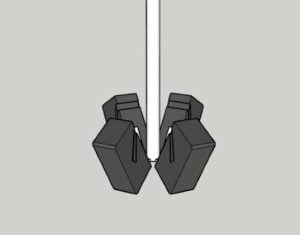 Armed with this information and the also knowing like most venues they wouldn’t want to sacrifice their beloved shiny surfaces and high ceilings, Ben went to the powers that be and presented his ida of mounting a central cluster hanging down 3 meters from the ceiling.

Levels being a very popular night spot in Bangkok meant the terrace dance-floor was packed most nights. This allowed for Fuzion to focus on getting the direct sound to the dance-floor and not worry too much about the reflected sound. The Added benefit of this is it would also reduce reflections bouncing around and out of the balcony. As the “Floor Bounce” would be mostly soaked up by bodies.

Levels owning 2 x Quest HPI 110s made the choice of speaker easy. This is a highly controlled box with an asymmetrical horn (+15/-45). We mounted 4 of them in an X format with an incline of 30º giving us about 12m of coverage when hung 4 meters of the floor and with no dull spot directly under the cluster.

Needless to say Levels were very happy with the precise and professional job. and a A week later Fuzion visited their regular Saturday night “House Jam” the affect was widely noticeable from the crowd to the Djs. The Djs had more head room and the crowd were bouncing away until closing time. 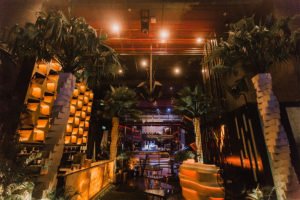 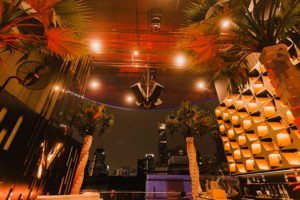